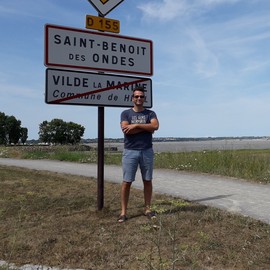 I am assistant professor of mathematics at the Jacques-Louis Lions Laboratory.

My home institution is Sorbonne Université, Faculty of Science & Engineering, formerly Université Pierre et Marie Curie, and I am currently a guest at the Wolfgang Pauli Institute in the University of Vienna.

Prior to that, I have been a mathematics and life sciences post-doctoral fellow at CMLA, funded by the Fondation Mathématique Jacques Hadamard.

In 2012 I defended my PhD on the subject of reaction-diffusion fronts and localized defects, under the supervision of professor Jean-Guy Caputo.

September 2012 – August 2014 Cachan
I have been a mathematics and life sciences post-doctoral fellow at CMLA, funded by the Fondation Mathématique Jacques Hadamard.

Analytical examples of diffusive waves generated by a traveling wave

We construct analytical solutions for a system composed of a reaction–diffusion equation coupled with a purely diffusive equation. The question is to know if the traveling wave solutions of the reaction–diffusion equation can generate a traveling wave for the diffusion equation. Our motivation comes from the calcic wave, generated after fertilization within the egg cell endoplasmic reticulum, and propagating within the egg cell. We consider both the monostable (Fisher–KPP type) and bistable cases. We use a piecewise linear reaction term so as to build explicit solutions, which leads us to compute exponential tails whose exponents are roots of second-, third-, or fourth-order polynomials. These raise conditions on the coefficients for existence of a traveling wave of the diffusion equation. The question of positivity and monotonicity is only partially answered.

A phenomenological model of cell--cell adhesion mediated by cadherins

We present a phenomenological model intended to describe at the protein population level the formation of cell–cell junctions by the local recruitment of homophilic cadherin adhesion receptors. This modeling may have a much wider implication in biological processes since many adhesion receptors, channel proteins and other membrane-born proteins associate in clusters or oligomers at the cell surface. Mathematically, it consists in a degenerate reaction–diffusion system of two partial differential equations modeling the time-space evolution of two cadherin populations over a surface: the first one represents the diffusing cadherins and the second one concerns the fixed ones. After discussing the stability of the solutions of the model, we perform numerical simulations and show relevant analogies with experimental results. In particular, we show patterns or aggregates formation for a certain set of parameters. Moreover, perturbing the stationary solution, both density populations converge in large times to some saturation level. Finally, an exponential rate of convergence is numerically obtained and is shown to be in agreement, for a suitable set of parameters, with the one obtained in some in vitro experiments.

The interaction of a Zeldovich-Frank-Kamenetsky reaction-diffusion front with a localized defect is studied numerically and analytically. For the analysis, we start from conservation laws and develop simple, collective variable, ordinary differential equations for the front position and width. Their solutions are in good agreement with the solutions of the full problem. Finally, using this reduced model, we explain the pinning of the front on a large defect and obtain a quantitative criterion.

Analytical examples of diffusive waves generated by a traveling wave

A phenomenological model of cell--cell adhesion mediated by cadherins 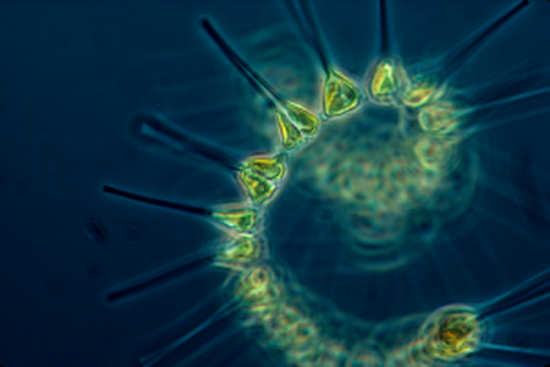 From ObseRving to Modeling oceAn Life 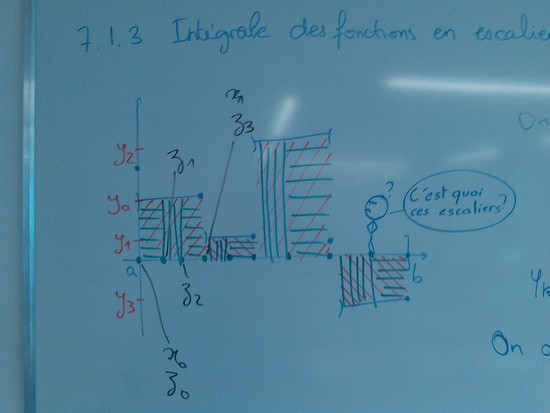